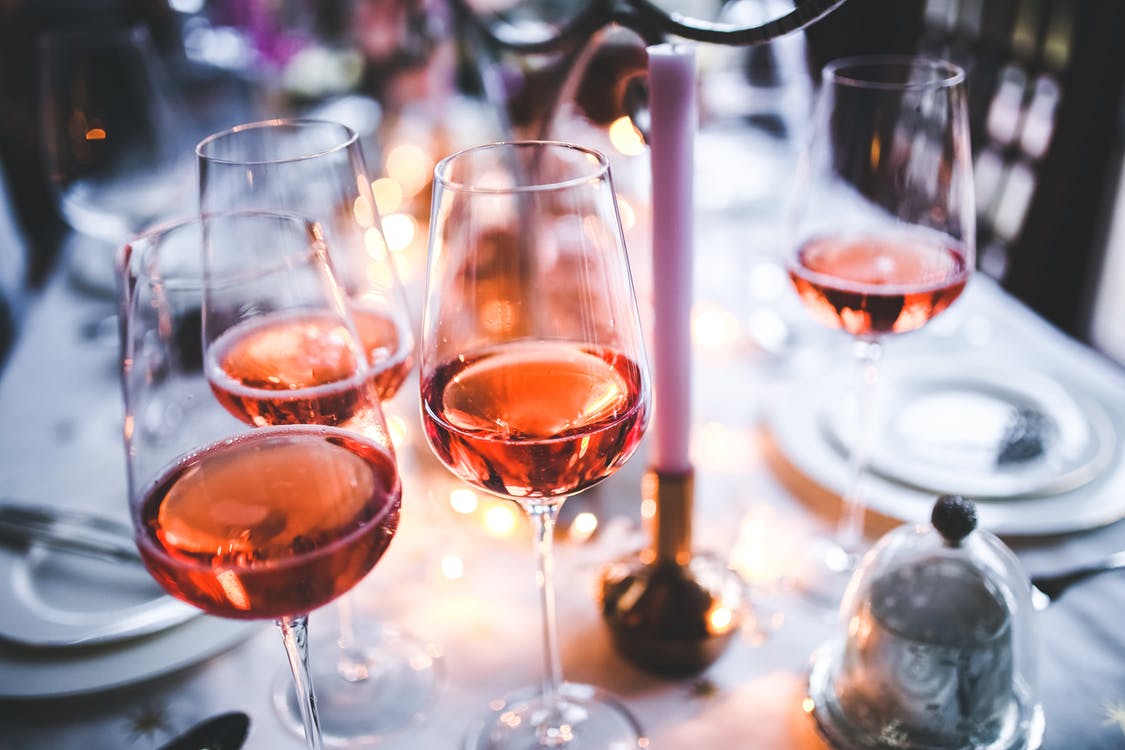 There’s a certain comedic stigma attached to drinking and the alcohol culture, especially in the UK.

“Ever notice how some people talk louder when they drink? That’s why alcohol content is listed by volume”

“I’m not an alcoholic, alcoholics go to meetings. I’m a drunk, we go to parties.”

I’m not here to demonise one of the world’s favourite social intoxicants as it has some great benefits like reducing anxiety at social gatherings and has actually been shown to increase longevity.

BUT you’re reading this because you’re interested in losing fat.

Surprise surprise, many studies have shown alcohol intake aids to increased risk of abdominal obesity – it’s not called a beer belly for nothing. It does this in many different ways so here’s a substantial article detailing a few things you should consider if you want to have a drink and improving body composition is your goal.

So how does alcohol affect fat loss?

The calories from alcohol should be a concern for anyone wanting to improve their body shape. Here are the calorie breakdowns of various nutrients.

This doesn’t take into account the number of calories in the actual drink. For example a glass of wine would have upwards of 100kcals, 90kcals+ of which come from the alcohol itself and a further 10kcals+ from the carbohydrates in the wine.

Spirits have less carbs and beer has more carbs than wine but think what happens to your calorie intake when spirits are mixed with sugary sodas, syrups and fatty creams.

Calories in some of your favourite drinks

– Estimations based on an average serving

Alcohol is rapidly absorbed through the stomach and small intestine which is why it is used as a carrier agent for many medicines.

Ever wondered why the first thing offered to you when you enter a restaurant is a drink? It’s because it causes a rapid rise in blood sugar followed by a crash leaving you wanting to binge out on food, just in time for you to order your meal.

Alcohol helps you make all the wrong choices

When drinking, people tend not to stop to consider the impact it has on their bodies. But have you ever stopped to think about how it affects your behaviour? Alcohol can have an appetite stimulating effect as it’s very low in nutrition leaving you with sugar, starch and salt cravings as already mentioned.

If you’re going to have a ‘drink’ this is usually preceding a meal with little regard for the calorie content or quality of food you consume. Making poor choices after having a drink or two is all too common.

Some interesting studies have shown that if a group are given alcohol, rather than a soft drink and then a meal and allowed to eat as much as they wanted, they would increase the amount of food consumed comparatively.

Alcohol has also been shown to effect motivation, making it harder to adhere to a diet and training programme consistently.

When alcohol is consumed the body will favour breaking this down first (as its toxic if not dealt with). This means burning your body fat and creating energy from food will be suppressed until this is done.

Ever wonder why you wake up feeling less energetic after a few drinks the night before?

Alcohol can’t be stored anywhere in the body, it must be oxidised (broken down in the presence of oxygen) and converted into energy. Whilst this is happening, the oxidation of carbs and fats is suppressed and these are channelled into storage instead = BODY FAT.

Increased tolerance – the more you drink

The rate at which the liver can process alcohol is roughly one unit per hour so if you drink more than this it is dealt with by a different enzyme system in the liver, the microsomal ethanol oxidising system – MEO.

The more alcohol you drink on a regular basis the more MEO enzymes are produced, which is why you can develop an increased tolerance to alcohol, and why you need to drink more to get the same physiological effects.

Alcohol is a diuretic, acting on the kidneys to make you urinate more fluid than you consume (which is why you need to go to the toilet so often when you drink). It’s estimated for every 1g of alcohol you drink, urine excretion increases by 10ml.

Alcohol also reduces production of a hormone called vasopressin. This tells your kidneys to reabsorb water rather than flush it out through the bladder. With this natural signal switched off the bladder is free to fill up with fluid telling you its time for your next toilet trip.

Dehydration has a massive impact on your ability to lose weight as your internal organs need to be fully hydrated to process fat efficiently as well as all the other chemical reactions required to help you lose weight.

Alcohol depletes the body of certain nutrients, particularly the water soluble vitamins like the B complex and vitamin C. Along with minerals such as magnesium and calcium.

Alcohol can also be considered as a ‘blocking agent’ meaning that it prevents you absorbing several vitamins and minerals.

Any deficiencies of crucial vitamins and minerals will grind your fat loss efforts to a halt.

Alcohol is a by-product of yeast which can have an irritating effect on the lining of your stomach and gradually weaken your kidneys and liver over time, leading to serious health problems.

The health of your liver, which processes alcohol and breaks down fats for fuel is crucial when trying to improve body composition. If you frequently consume alcohol the liver will be put under too much stress to do the job you want it to efficiently, – break down your body fat.

Long term alcohol consumption can cause damage to the stomach and small intestine linings leading to leaky gut syndrome, the separation of tight junctions between the cells of the gut wall.

Partially digested food particles may cross the gut wall, activating the immune system. This leads to a whole cascade of inflammation in the body and reduces your ability to digest, absorb and utilise your food efficiently.

I’m not sure why you would ever want to drink alcohol before you exercise but here are a few of the negative reactions to it with regards to your workout performance:

If you cant work out effectively, you’re shooting yourself in the foot on the amount of calories you can burn from it.

Every time you consume alcohol testosterone is reduced which is bad news for men and women as testosterone has a powerful effect on burning fat in the body.

Ironically enough the alcohol actually has a stimulatory effect on the hypothalamus signals to the testes but is considered a testicular toxin reducing testosterone production.

The effects of suppression seem to be dose dependant with longer duration and higher intakes of alcohol leading to less testosterone.

Yes, alcohol can directly cause man-boobs. Not only just by adding fat to your body including the chest area.  But also the Hops in beer is converted to estrogen in the body. Over time your over-worked liver simply cannot keep up with the removal of this excess estrogen.

You may begin to exhibit female characteristics, such as breast tissue and loss of body hair. You could even experience testicular atrophy shrunken testicles.

Alcohol has been shown to spike cortisol levels in the body four hours after consumption and for another 24 hours leading to greater stress on the body, increased fat storage, food cravings, etc.

Alcohol – ‘switches off’ fat burning, increases fat storage, lowers testosterone, whilst dehydrating you and reducing performance. I will let you decide if it’s worth it or not.

Matt Knight is a participant in the Amazon EU Associates Programme, an affiliate advertising programme designed to provide a means for sites to earn advertising fees by advertising and linking to Amazon.co.uk.

Get the fitness information you NEED delivered straight to your inbox every week.