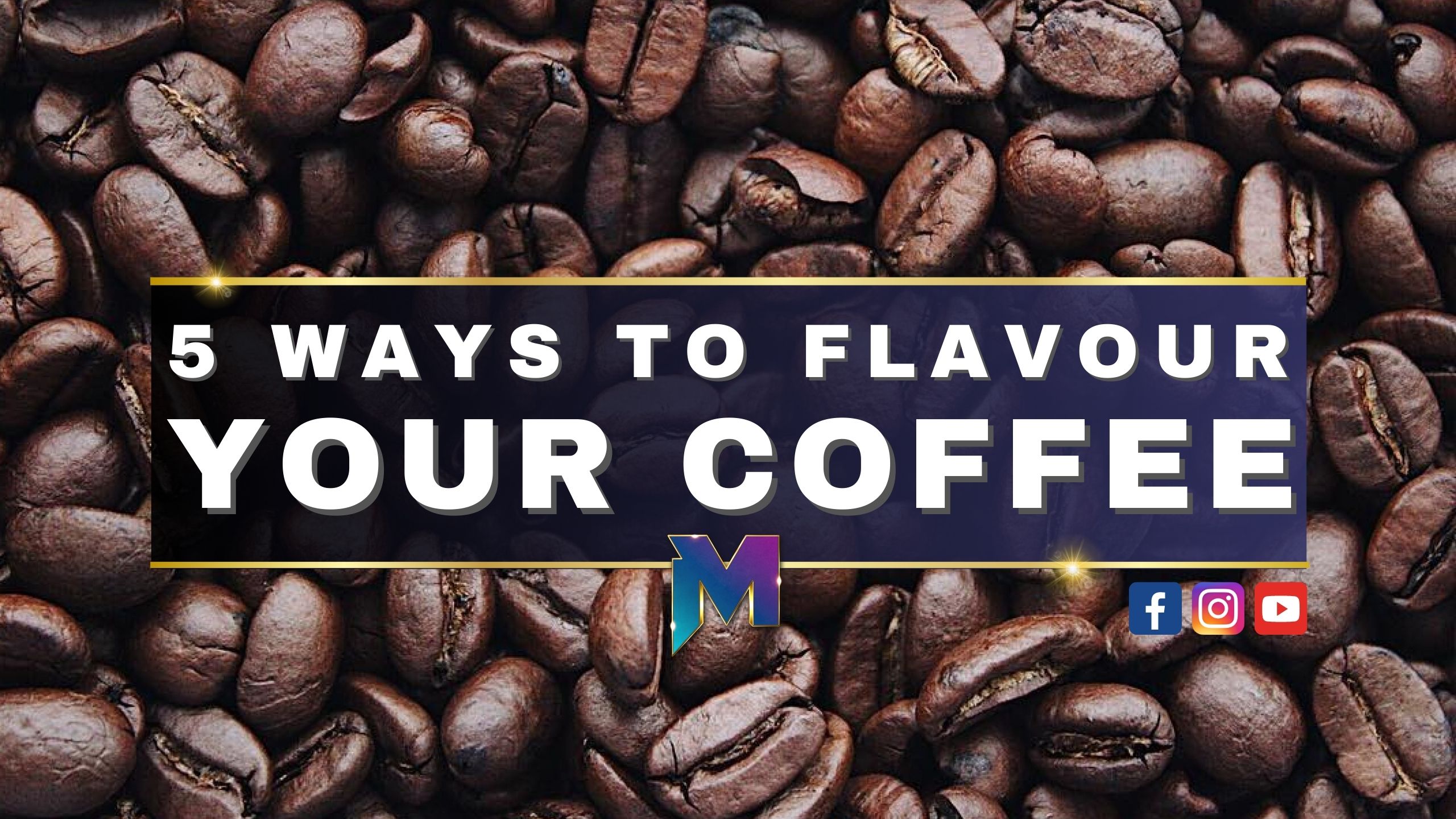 Do you love a cup of coffee but don’t want the sugar or dairy?

I could write about the pros and cons of coffee spanning a few articles but this is simply for those that fancy a cup without the added sugar or milk and are looking for a way to spice up the flavour.

Simply stirring in half a teaspoon of cinnamon into your pre workout or morning coffee will give it that delicious warming festive flavour.

It will also improve your insulin sensitivity, meaning that you will be able to shuttle carbs into your muscle more easily after drinking it.

Although this may look a bit strange cardamom in coffee is really tasty. Simply throw a few pods in whilst it’s brewing then remove them before drinking to get a delicious taste and an even more delicious aroma.

Coffee with cacao or cocoa

Add either of these for a slightly malty and distantly chocolate flavour, (don’t expect it to taste like chocolate if you’re not having sugar).

Cacao powder is cacao beans that have been dried and heated at low temperature to separate the fat from the bean.

Cocoa is the same as cacao but it is heated at high temperatures leading to a slightly sweeter taste.

Pink sea salt in your morning cup will give you a small amount of sodium, beneficial in helping produce bile and aiding with hydration (it’s an electrolyte). Pink sea salt is also rich in minerals so its far more beneficial than regular table salt.

It will really enhance the flavour of the coffee. Everyone thought chocolate with sea salt was weird until they tried it.

Again, like cardamom it may look a tad strange but don’t knock it till you’ve tried it. Its one of my favourite additions.

I’ve not tried these but apparently they are quite nice….

. You can buy some really tasty ones here. (hazelnut is my favourite flavour and its sugar free) 😉

Matt Knight is a participant in the Amazon EU Associates Programme, an affiliate advertising programme designed to provide a means for sites to earn advertising fees by advertising and linking to Amazon.co.uk.

Get the fitness information you NEED delivered straight to your inbox every week.